Episode 4: Professor Jeremy DeSilva on the Evolution of Upright Walking

Learn more about Associate Professor of Anthropology, Jeremy DeSilva’s fascinating research on the origins of upright walking in the human lineage through the fossil record. 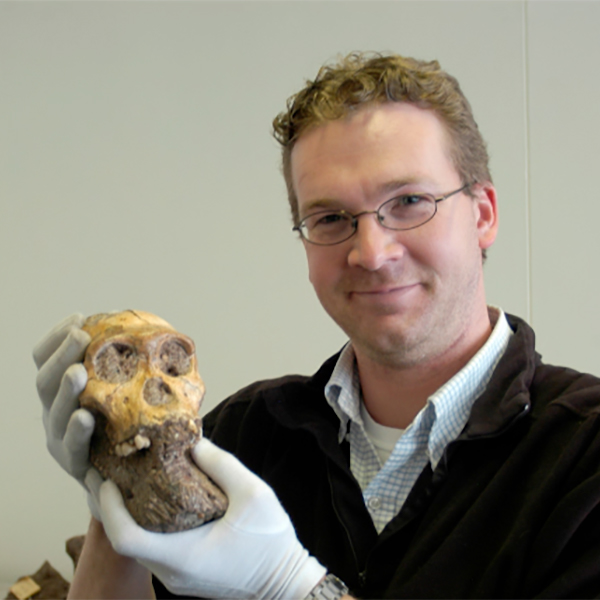 Jeremy "Jerry" DeSilva is an Associate Professor of Anthropology at Dartmouth College. He is a paleoanthropologist, specializing in the locomotion of the first apes (hominoids) and early human ancestors (hominins). His particular anatomical expertise—the human foot and ankle—has contributed to our understanding of the origins and evolution of upright walking in the human lineage. He has studied wild chimpanzees in Western Uganda and early human fossils in Museums throughout Eastern and South Africa. From 1998-2003, Jerry worked as an educator at the Boston Museum of Science and continues to be passionate about science education. He is the author of the 2021 book First Steps: How Upright Walking Made Us Human. Jerry lives in Norwich, VT with his wife Erin and their twins Ben and Josie.

“On the Link Between Great Thinking and Obsessive Walking”
Literary Hub, Jeremy DeSilva

Homo naledi and the Chamber of Secrets